Politics, Millennials, and the Promise of Christmas 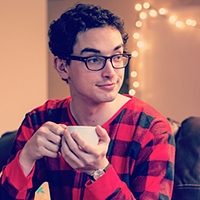 One of Charles Dickens’ most beloved characters reforms his churlish ways only after confronting his past, present and future on the night of Christmas Eve. And though discomforting, we Americans would ourselves benefit from reflecting, like Scrooge, on our past and present this Christmas season to understand better what is yet to come.

We see as through a glass darkly; only time will tell how 2014 will be remembered and mythologized by later historians. But at least one social trend will likely blacken the pages of future school textbooks: that now, midway through the second decade of this new millennium, the millennial generation has begun to disengage from society, and from political life in particular.

The roots of this trend were long in the making and made news as early as January of this year. At that date, millennials confessed disillusionment with the Obama administration, which had not brought about the hope and change promised in 2008.

By March, the National Journal reported that millennials were disappointed with government in general, and not just with the president. Their statements and actions suggested “a waning belief that the government can actually get things done, and a growing belief that America most draws its strength from entrepreneurship.”

As the year progressed, the data kept mounting. An April poll by Harvard University “found millennials have less trust in government than ever before,” and in July the New York Times, interpreting a report from the Pew Research Center, argued that younger Americans “possess less faith than their elders in the power of government to combat injustices and pursue noble collective enterprises.”

Finally, solid proof came in the November elections when millennials failed to show up at the polls. Only 12 percent of them cast a vote, according to NBC exit polls.

Many older Americans have received this news with growing pessimism, as one further sign of our national decline. For by removing themselves from the political process, younger voters evidenced their inability to persist on a single track in the face of serious difficulties, or to put their idealism to good use.

This conclusion is an oversimplification, however; it ignores the pessimism and disappointment that young voters feel as they interact with the world around them.

Millennials, in fact, are abandoning liberalism and are becoming more conservative in their view of government and society, and regrettably, one of their first impulses has been to adopt the cynicism that so often characterizes this matured outlook.

Unlike their leftist counterparts, conservatives often fall prey to cynicism because they are more likely to see all that is wrong with the world and all that is wrong with humanity. They see the disconnect between the promise of human progress—what we hope to be—and the sad reality: the vapid, empty and even distorted fruits of our tortured labors.

Thus, as we millennials become more conservative, we also begin to feel the same distrust and apathy that already grips the hearts of our elders.

Our negative feelings are not without reason: here in the sixth year of Obama’s presidency, with new evidence of government torture and abuse, wars and rumors of wars, mounting debt, economic stagnation, racial division and social unrest, we shiver glumly as each passing day grows colder and darker.

Yet even now, in this winter of our discontent, millions of Americans have the nerve to show good cheer anyway. With merriment and joy they gather round their lighted trees, sing carols with gusto and celebrate a holiday ripe with meaning for a world that has nearly lost hope.

They celebrate the birth of the Morning Star, the first sign of light after a long night of darkness.

The good news of Christmas might be summed up by a single phrase adopted as a motto by John Calvin and his fellow Swiss Reformers, originally from the Book of Job: Light after darkness. The phrase could also be the motto here at Right Progress, where we hope to balance sober realism with expectant optimism.

We, too, believe that darkness is but a prelude to the light.

The Christmas story has yet another lesson: the Morning Star comes wrapped in swaddling clothes and lying in a manger, not with pomp and circumstance or in the costly garments of government officialdom. In the same way, light in this time of darkness will come from small and humble places—from families and churches, schools and charities, free associations and private clubs.

So we encourage our fellow millennials to vote on Election Day, but we also applaud their efforts to confront social problems through entrepreneurship and community, through private rather than public means.

There’s no need for gloom and doom: dissatisfaction at the high places prompts solutions at the low places. That’s the true conservative impulse, and it’s also the reason for cheer this holiday season.