Light at the End of the Tunnel: The End of “Value-Neutral” Education? 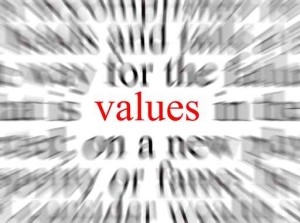 Originally posted on Right Progress on 22 November, 2013 by Benjamin Kafferlin

For years, many school policies, public and private, have required students to leave behind their moral judgments and values for the sake of a more “tolerant” American education system. Treatises could be written on the topic, but I have a glimmer of hope to share:Schools may finally realize reactionary, “value free” schools aren’t working, instead opting to proactively advance certain moral traits.

It might just be my isolated school district, but when I was school-age, it was kind of taboo to bring up anything close to moral values. Now, the school district actually has “Traits of the Month.”

I was pleasantly surprised to find a letter about this from the school district the other day. Usually they’re asking for money for a new playground or something, but this time the school counselor sent a description of “character building traits” the school will be promoting over the coming months. Why tell a local business about this program? People who are honest, just, respectful, etc. make good employees – and, incidentally, good citizens. Here’s their month-by-month:

You might nit-pick with the definitions of these values. You might say these aren’t the right traits. You might say you don’t want some “Character Education Initiative” trying to help develop your kids’ moral character. But it is certainly encouraging to see progress. At least schools aren’t being hostile to “personal values.”

Maybe schools are awakening to the fact that private values are non-existent (you can’t check them at the metal detector), and we do, in fact, need certainpersonal values (virtues, or moral “traits”) because personal morality has public implication.

The new, catch-all virtue of modern society is something called “tolerance,” which isn’t tolerance by the original definition (take John Locke’s… or the dictionary’s), but something that means, roughly: “do-not-verbalize-or-act-on-what-you-think-is-right-if-someone-might-find-it-offensive-and-stuff.” This is concerning because, at least for the first few centuries of life in the New World, our primary love – and virtue – has been freedom, not tolerance. Now, for the first time, a new generation are being taught to think tolerance is the supreme value – or worse, that this new-found tolerance is freedom.

Under the tolerance paradigm, members of society aren’t supposed to be “biased.” That’s impossible, of course; teachers and students make value judgments all the time: what to cover in a history lesson, whether or not to study, what to have for lunch, and so on. “Everyone really is biased,” Devin Foley explains, “The reason being is that all individuals have limited resources such as time and money. How they use those resources requires a value judgment, which often reflects a bias towards something and against something else.”

When schools teach that people can’t make moral judgments, exposing their values or bias, we end up with classrooms of students unable to say that it’s reprehensible for, say, an Afghani Taliban fighter to cut off a woman’s nose and ears and leave her to die. It’s an extreme example, but if we can’t agree such a thing is morally wrong – no matter the time, place, or culture – we have an obvious problem. It’s probably not a coincidence that after schools went value-free that school shootings have become a thing.

Naturally this applies on much less extreme levels too. For instance, by what standard do we say cheating on a test or stealing from your employer becomes wrong? In a value free world, there’s no meaningful standard of conduct for ourselves, let alone judge the conduct of others (and therefore give a basis for law).

By teaching the student to be value-less in order to do away with bias and embrace tolerance, the teacher or parent actually leaves the student empty, lacking the necessary training and understanding needed to make the tough, value-based choices in life. Instead of being prepared for life with a developed hierarchy of values, the student is left with some smattering of knowledge, the vague notion that he should be free of bias by “being nice,” and mainly his passions to steer him through life.

Dr. Os Guinness, a social critic and author of A Free People’s Suicide, explains why that’s the death-knell of free society: “In a democratic republic, the rulers and the subjects are one and the same, so freedom depends constantly not only on the character of the nation’s leaders but also on the character of its citizens.”

For citizens to be trusted not to trample on the rights of their fellow man, and therefore properly use their freedom, they must restrain themselves by their own virtue. Free citizens must show obedience to the unenforceable, which is, of course, inherent, personal virtue – something based on one’s own volition, one’s own values and principles, one’s own beliefs and faith.

Thankfully, most Americans do still live by a moral code, but its basis is shifty and (until recently?) losing ground. This little letter from the school district counselor gives me hope that school administrators are realizing this fact and finally doing something about it. That could mean, as some have suggested, the death of relativism. The question then becomes, what’s next?