A Home for Millennial Reformists 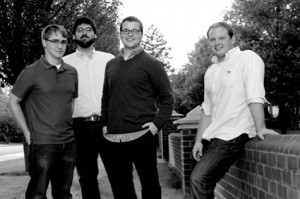 The Founders of Right Progress

Originally published on The Clapham Group webpage by Mark Rodgers

The Clapham Group’s Ben Kafferlin, with a half dozen other disaffected millennial “reformists,” have started a new initiative named Right Progress. It’s a network of millennial-age writers and researchers bent on changing the political debate. Right Progress members approach politics and society from the next generation’s perspective while trying to bring to light issues that don’t get enough press.

The core foci for research and writing revolve around 1) exposing cronyism, 2) encouraging social entrepreneurship and civil society, 3) champion the rights and dignity of all humanity, and 4) promoting good pop-culture and social mores. Click here to read the foundational essays on these topics.

The project works by gathering, equipping, and networking a generation of millennials on a crowd-source platform, allowing them to:

The effect is something like a virtual, or crowd-sourced, think-tank + publication platform.

A core group of largely DC based—from various fields of work and political ideology—formed Right Progress after the 2012 electoral process. They were dissatisfied with both parties and most candidates, and realized that they, and their disaffected generation, were looking not for a quick fix. Instead, they think we have to rebuild politics and refocus on issues that matter to all Americans. In short, they wanted to reform political discourse, and ultimately, the political process.

There are blogs galore championing every narrow political interest, but few recommend policies by arguing from first principles. That’s where Right Progress wants to be, offering a more comprehensive, discerning view of national policy—a vision that truly move us forward. As Chief Editor James Velasquez noted in an interview, “Some policies touted as progressive are actually regressive—they’re wrong, not right.”

To get a taste of the project, check out some of Right Progress’ recent pieces:

With more and more people losing their coverage under Obamacare and a bad deal with Iran that undermines US foreign policy, President Obama is looking to shift the discussion. His economic speech. in early December defied conventional wisdom by signaling a desire to promote economic growth by fighting income inequality. Paul Krugman hailed the speech as a new vision for the economy because it shifts discussion from deficit reduction. But let’s look at Obama’s specific proposals and see if this supposedly new vision can achieve his grand aims.

We all want to help people.  It’s part of recognizing the dignity of all human beings: they deserve better than a life full of poverty and desperation. If you have the ability to prevent someone from suffering such a life, it seems clear you should take action. But the question of “how” is pretty important.

Humbug (n.): something intended to delude or deceive, or, something devoid of sense or meaning: nonsense. It is truly a pity that this word is rarely discovered and used in the modern American vocabulary. A myriad of situations come to mind where “humbug” would be the ideal term. Reams of newsprint could have been saved describing the rhetoric surrounding the Affordable Care Act rollout with this one succinct word.

For dozens of similar articles, visit RightProgress.org. While you’re there, consider donating to the cause, joining the team, or finding out what other ways you might help Right Progress reform American politics and society.