The NSA and Booz 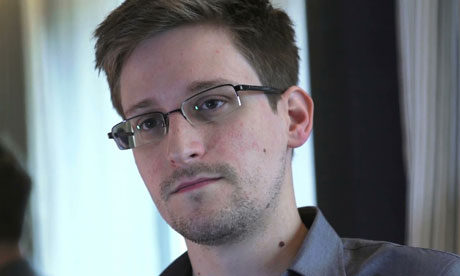 Originally posted on Right Progress on 11 June, 2013 by Benjamin Kafferlin

This morning, while I was thumbing through the Wall Street Journal, I read an article that I normally wouldn’t have. However, for once, I wasn’t “under the gun” for work, so I halfheartedly read a piece on the large defense contractor, Booz Allen Hamilton. Essentially, the article warned that the intelligence agencies contract out too much. From there, it had piqued my interest.

In case you (like me) don’t normally care much about Corporate News section of the paper, let me summarize: An employee of Booz Allen, 29 year old Edward Snowden (former Army and CIA) “dumped a wealth of top-secret U.S. intelligence into the public domain,” reported WSJ.  That much is true, but it turns out that, while top-secret, the information was hardly all that sensitive. Conservatives are calling the man a ‘traitor’ and claiming that the U.S. is now in danger, etc. Not really. Most conservatives are overreacting. At the same time, most liberals (including, of course, the press) seem to be missing the point.

No one’s life is in danger; except Snowden’s. The program that he released to the media should not have been top secret to begin with, according to experts such as RAND’s Brian Jenkins:

I cannot figure out why this was classified to begin with. It should have been in the public domain all along. The fact is, terrorists know we’re watching their communications. Well, some of them, it seems, are idiots, but if they were all idiots, we wouldn’t need a program like this. The sophisticated ones, the ones we’re worried about, they know this. There are debates we can have in public without really giving away sensitive collection secrets. It’s a risk, but these are issues that affect all of us and our way of life.

So, it would seem, Snowden didn’t release anything all that pertinent to national security. Yet, considering the negative impact this will have on his career (understatement of the year), maybe even his life, why did he do it? He risked everything to make a point.

The real reason the information was classified was to prevent public debate. And that’s exactly what is needed. I can’t applaud Snowden, and in the same situation, I don’t think I would’ve done what he did, but something in me wants to thank him for trying to cause public discourse on the role of government spying on people without reasonable cause.

Snowden knows the government will come down hard on him for this. He told the press that the Obama Administration will “say I have broken the Espionage Act and helped our enemies, but that can be used against anyone who points out how massive and invasive the system has become.” He didn’t whistleblow without any forethought, so I’m happy to hear him out:

The N.S.A. has built an infrastructure that allows it to intercept almost everything. With this capability, the vast majority of human communications are automatically ingested without targeting. If I wanted to see your e-mails or your wife’s phone, all I have to do is use intercepts. I can get your e-mails, passwords, phone records, credit cards.

This reminds me of Ben Franklin’s oft-repeated quote, “Those who would give up essential Liberty, to purchase a little temporary Safety, deserve neither Liberty nor Safety.”

How to best define what that “essential liberty” actually is should be the question asked by the American people, and therefore Congress.

Unfortunately, the media doesn’t seem to want to have that conversation. Questions such as, “where does government end and business begin,” as the Wall Street Journal asked, are not really that interesting. The answer is somewhat irrelevant to the public. But no, we’re stuck on stuff like, ‘this national security breach (somehow) proves that we shouldn’t contract out so much intelligence work.’ Because if Snowden still worked for the CIA (government), not Booz Allen (business), he wouldn’t have leaked the information—right?

Of course, we can have a discussion on whether contractors are efficient or needed, and even about Washington’s ‘revolving door.’ But Snowden sacrificed his career for a specific conversation that’s worth having.

I don’t think this ‘national security breach’ should take down “Booz Allen’s corporate reputation.” But it should spawn a discussion on the legality of how we catch terrorists – perhaps even despite effectiveness. It certainly affirms what we already know: NSA Director James Clapper lied to the Senate when he “flat out denied that the NSA collected mass data on the American people,” as Rod Dreher points out.

So, when Jeff Toobin writes that “our system offers legal options to disgruntled government employees and contractors,” such as bringing their complaints to Congress, I have to admit that Snowden probably should have tried that first (I don’t know if he did). Nevertheless, I question that he would have gotten anywhere without the media splash he started. So Toobin assumes the attention Snowden is getting proves he’s a “grandiose narcissist who deserves to be in prison.” I question that, too.

What’s the point? Snowden, whom I wouldn’t label a traitor, points out a legitimate concern. Maybe we shouldn’t laud him, but let’s capitalize on Snowden’s personally expensive act. We now know something important about what our government does in secret, by our authority, for the sake of security. Let’s make sure we’re okay with it.