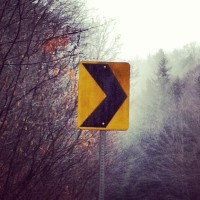 Progress is a tricky word. To some, it’s the way of the future – it’s the word that describes the perpetual march towards a more perfect world. To others, it conjures up ideas of overbearing government programs and suffocating regulations. But, like most dichotomous views, neither is exactly correct.

Frankly, both the Right and the Left understand something right and think something wrong about “progress.” Of course, the Left has mostly claimed the word for themselves (i.e. liberal-progressivism), exemplified by using phrases like President Obama’s 2012 reelection slogan, “Forward.” While their methods don’t always work, Liberals know progress is a good thing – even if their Utopian goal isn’t really achievable.

And yet, both sides — all of us — want progress, rightly understood. You might say that progress is best defined as gradually getting closer to where you want to be. Most people would affirm that’s a good thing. But therein lies the rub. Most people want to be in different places. So what you mean by progress – when you create that idealistic world your mind — may be vastly different from another’s. These differences, of course, are sorted out through the democratic process.

Etymologically speaking, progress is an old word used to convey forward movement – continuing on a course towards a fixed objective. Not to bore, but it is interesting that the English word is based off the Latin “progredi.” “Pro” meaning forward, of course, and “gredi” meaning a step, from the same root word as “grade.” ‘One foot in front of the other,’ so to speak, but the question is: Forward motion towards what?

C. S. Lewis, the 20th century British philosopher, wrote in “Is Progress Possible?” that the defining feature of true progress is goodness and happiness. The central question is: “Are people becoming, or likely to become, better or happier?” If so, that, whatever it is, is the truly progressive thing. By definition, then, progress shouldn’t be a dirty word for conservatives and liberals shouldn’t own it. It’s trans-partisan— fundamentally related more to the human condition than any one mindset or ideology.

Most often, in the non-political sense, we think of progress as interchangeable with advancement. For example, advancements in science have helped, healed, and ameliorated a plethora of medical problems; still births, for example, are now rarities. That’s progress.

Still, the word has an even richer meaning. After all, even though the world has seen skyrocketing medical advancements, it doesn’t seem like we’ve progressed much by Lewis’ thought-provoking definition. The implication of his thought is that a technological or scientific advance – or anything that would be colloquially considered “progress” – is not truly progress if it does not make people happier.

Let’s not misunderstand the crucial word, though – “happiness.” Lewis was likely referring to the old definition of happiness having to do more with human flourishing than a fuzzy feeling. It’s the type of happiness referenced in the Declaration of Independence: “all men are…endowed by their Creator with certain unalienable Rights, that among these are Life, Liberty and the pursuit of Happiness.” Or, as Aristotle described, this happiness comes from habituating ourselves to virtuous living. Pursuing and possessing true happiness – that is, to “progress” – can only come through virtue.

The Founding Fathers recognized that virtue is the underpinning of the republic–or, shall we call it, the “progressive state”–rightly understood. As John Adams’ dictum goes: “Public Virtue cannot exist without private, and public Virtue is the only Foundation of Republics.”

That’s why the American Founding was, in a sense, the most progressive to date. The freedom of early America, that endures to this day, was a giant step in the right direction.

There are many virtues of the United States’ system – things that some say make the nation “exceptional.” For starters, the virtues in question are freedom of conscience, equality under the law, limited government, and perhaps most uniquely, a government system with the purpose of protecting the rights of Life, Liberty, and the environment of opportunity for its citizens to pursue their happiness – that is, to do what they ought; to do what is good.

Nevertheless, there’s still room for society to improve—still room for people to do good and be happy; to flourish. In fact, if anything, American society seems to be regressing in terms of happiness and goodness, despite the fact that we’re wealthier and more comfortable than any generation in the history of the world.

Of course, the government contributed in their own, special way to the regression – abuse of power runs rampant, the administrative state runs roughshod over people in an attempt to secure their ‘welfare,’ and so forth. But there is room for reform on that front as well.

As a result, identifying the correct types of reform is of the greatest importance.  True reform means true progress—progress that may turn away from what the society or its citizens have come to call “progress.” As C. S. Lewis put it, “If you are on the wrong road, progress means doing an about-turn and walking back to the right road, and in that case the man who turns back soonest is the most progressive.”  The next generation must embrace the right progress.

Salient point: Progress is a good, rich word; it should be utilized to express the idea that the right way forward is one that encourages individual virtue, and ultimately, a compassionate community. The “how” is a topic for another discussion. In the meantime, use “progress” – and use it rightly.