‘Hope’ of the ‘WORLD:’ Entrepreneurial Love 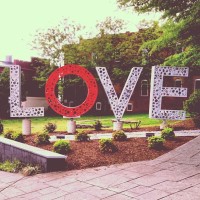 Originally posted on Right Progress on 15 November, 2013 by Benjamin Kafferlin

WASHINGTON, D.C. – WORLD Magazine’s Editor-in-Chief, Marvin Olasky, introduced the winners of the 2013 Hope Award for Effective Compassion at a ceremony on Capitol Hill this week.  After narrowing down a long list of laudable organizations over the past ten months, WORLD’s five finalists met at Rayburn House Office Building to receive their awards and find out who won the the $25,000 Hope Award. A wide range of scalable, duplicable, and socially impactful models were represented. Below are links to the websites of the five finalists, along with a link to WORLD’s cover story on each organization.

For information, read the story on Parent Practicum or visit their website: www.mysafeharbor.org.

For information, read the story on Free Retainer or visit their website: www.administerjustice.org.

For information, read the story on Help on Wheels or visit their website: www.beltlinebikeshop.org.

For information, read the story on Urban L’Abri or visit their website: www.hopecenterny.org.

For information, read the story on Bearing Fruit or visit their website: www.hopeinternational.org.

Olasky announced Administer Justice won the $25,000 competition this year. The other finalists each received $4,000, while runners-up received $1,000 donations — all for effectively and creatively stepping into voids and serving communities in ways government programs and agencies, arguably, cannot do. As one of the award recipients mentioned after the ceremony:

“Agencies and policies can’t love people. We can. Some of the people in bureaucracy really care, but they’re not allowed to do what’s best for folks. We can. Government can’t require a return, but we can. [We] expect something back from the [people] we help. They return by turning around and investing in other [people].”

The ‘pay it forward’ model is truly a model based off of love for one’s neighbor; a sentiment not inherent in a transfer payment. Another recipient, from a rough neighborhood in Atlanta, charged citizens to “get down here and get your hands dirty.” He continued to explain: “Yes, government can create more of a problem than it solves. But ‘civil society’ left 60 years ago. If you think it can still work, come back and prove it.” Point taken. Fifty years after the advent of the “war on poverty” that has done virtually nothing to the poverty rate in America, it’s time for everyday Americans to stop relying on government and get back in the fray themselves.

A hearty congratulations from the Right Progress team to all these organizations and the many others out there creating or rebuilding a robust society where we can live and flourish. Do you know of an organization you think should compete to win the Hope Award? Nominations for the 2014 competition should be emailed to [email protected] and include the organization’s name and a paragraph describing the enterprise.