Millennials Stepping Up to Change Washington – and the Future 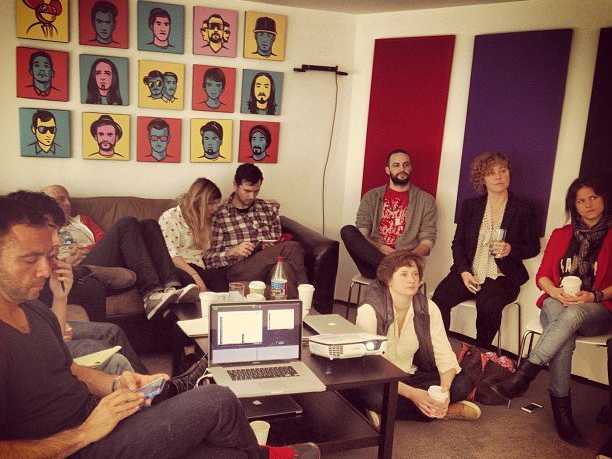 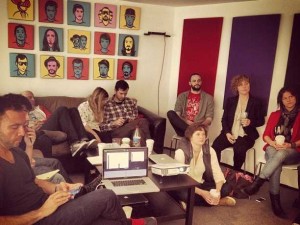 Originally posted on Right Progress on 27 November, 2013 by Benjamin Kafferlin

Did you catch the cover story of TIME Magazine back in May? “Millennials: The Me Me Me Generation.” Stein’s admittedly fair assessment of the generation had some valid points. Yep, we’re pretty narcissistic, perhaps a little lazier than previous generations. But the most interesting (and underreported) thing is this: millennials will “save us all.”

Many agree the next generation will save us – rooted in the fact that we are “rejecting traditional politics and government as the means to address social justice, and instead are pursuing social entrepreneurship, working outside government via business, technology and new forms of civil society to make a difference,” as Mark Rodgers summarized.

But that’s not to say that we won’t also take over and use the government. As Ron Fornier’s research indicates in The Outsiders: How Can Milennials Change Washington if They Hate It?:

We are going to change the way politics works, and one of the primary ways we’ll do that is by being less ideologically bound, for better or for worse. In a way, we’re going back to the way government worked before the “Great Society.”

An old, small town businessman/politician once told me “you’ll never agree with a politician on 100% of the issues. If you do, the politician is lying, or you’re not thinkin’.” Most of us realize that, but many of those susceptible to Nirvana Fallacy don’t seem to apply that knowledge. (If everything a politician has done or wants to do doesn’t comport with one’s view 98% of the time, one will walk away). That’s often not helpful – it leads to polarization and, ultimately, stagnation (which is admittedly better than one side ramrodding things through, but not better in a sense of making progress).

Millennials are and should be disillusioned. But that shouldn’t mean disengaging from politics – especially politics rightly understood. Reform is the order of the day. If your elected official is truly bad, ‘throw the bum out,’ and yes, vote for the lesser of two evils. Don’t succumb to that tired “We shouldn’t have to compromise for the better of two bad evils so I won’t vote” mentality. You know there’s never going to be anyone with a “perfect” record because there is no living human being who isn’t stained. And you’ll certainly never find someone you agree with all the time. May I suggest that it might be time to get over it and work with what you’ve got?

Millennials seem to get this. At least, it is my hope. They look to sources other than politics to solve problems, like social enterprise. They also seem to work with what they’ve got in government, too. Why do I think so? The so-called “youth vote” trends historically low in terms of voter turnout. 2012, 2008, and Reagan’s reelection are exceptions. Reagan is no surprise. Obama 1.0 was no surprise. He, like Reagan, nailed the message and really got us revved up.

2012 was a surprise. Bear with me: About 50% of eligible 18-29 year olds voted in the presidential election – about the same as 2008, which is about 19% of the voting population and translates into about 23 million votes. While that might seem low given “civic duty” and all, it’s still better than previous generations (in 1990s, youth turnout was less than 40%!). Regardless of whose side you are (or were) on, it should be noted that such turnout is what swung the election for President Obama in 2012: if not for the youth vote in Ohio, Florida, Virginia and Pennsylvania, Governor Romney would have won those states and the election.

Now, if you leave it there you might think that President Obama has a great approval rating among millennials, despite losing millions of other supporters in comparison to 2008. But 2012 was the only election in recent history where the incumbent won the election but lost votes. In fact, he lost millions of supporters – about 10 million (which tells you just how bad a candidate Romney was).

Okay, you probably either knew that already OR you didn’t care to begin with. I feel you. Here’s the salient point: Historically, youth voters aren’t engaged, especially when the general population gives up and doesn’t vote. Millennials? They stepped up and stayed involved, even though thousands defected from Obama to the lackluster Romney.

And that, even after concern about our lack of enthusiasm.

Flying in the face of conventional wisdom, the millennial generation has stepped up to the plate and kept playing, despite setbacks and lackluster options. These are the people who are going to change the American political scene.

…it’s telling that, on many college campuses across the country – where, in 2008, then-candidate Obama’s messages of “hope” and “change” easily took hold – the mood is markedly more subdued.

“Certainly, some (young people) have stopped believing,” says Molly Andolina, a political scientist at DePaul University in Chicago who tracks young voters. “Maybe that’s inevitable. For structural reasons, it’s easier to offer hope and change as a candidate, than as a president.”

The fact that in 2012, the millennial generation was not jazzed about Obama or Romney, and yet still showed up to the polls, gives me more HOPE for meaningful CHANGE than any politician’s speech has recently. The question is, will we find some future candidate who will champion human dignity, stand up to cronyism, encourage social entrepreneurship and civil society, and ultimately bring about a new understanding how government and society should interplay?