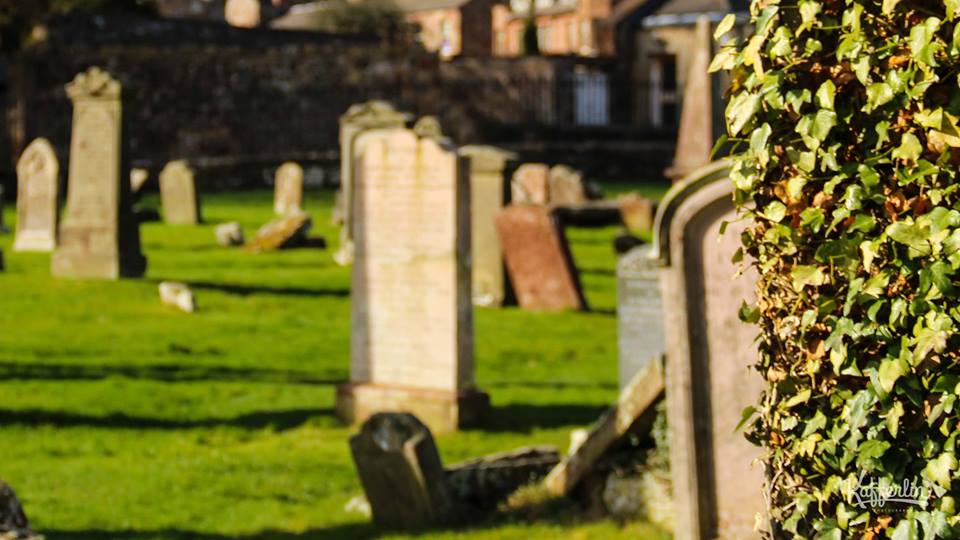 If you’ve ever seen the 1994 epic Legends of the Fall starring Brad Pitt, you might remember a disturbing scene. During a WWI skirmish, the main character, Tristan (Pitt), runs through the forest to take out two German machine gunners about to fire on his brother, who is caught in barbed-wire. He is seconds late, and after discharging the Germans in the dramatic scene, Tristan frees his dying brother and holds him until he dies. Then, much to my surprised disgust, Tristan pulls out a Bowie knife and cuts out the heart of his dead brother. Later he sends it back to Montana, where they grew up, to be buried.

On first viewing, I thought it was a strange ‘savage’ custom, but on a trip to the United Kingdom, I found it was more common than I might have thought. In fact, a public official as recently as 2011 had a ‘heart burial’ after his passing. 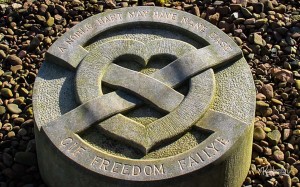 Heart Burial of Robert the Bruce

In 1996, the heart was rediscovered in a dig. The Scots reburied it shortly thereafter with the marker pictured above – the cross signifying St. Andrew’s Cross (the same as represented on the Scottish Flag) and this inscription: “A Noble Hart May Nane Ease Gif Freedom Failye.” In American English, I think that means:

“A noble heart cannot be at peace if freedom is lacking.”

What a fitting epitaph for a freedom fighter. It made me stop and think, what might my epitaph be due to my career? Later, when reading up on the story, I thought, where would I want my heart buried?

Of course, the meaning of the interring one’s heart separate from the body signifies where your heart, or soul, longs to be. It reminds me of the words of Jesus Christ in the Gospel of Matthew (6:21):

“… where your treasure is, there will your heart be also.”

In a roundabout way, seeing the marker of the heart (Latin: cor) made me think about cor (core). Ultimately, we would want to be buried with our treasure – that is, what we value. So, question: What would you want your heart to be associated with? What do you truly value – personally or professionally? What is at the core (heart) of you or your company?

These are important questions that have a business implication. All of your marketing should go back to the core of what you do and the heart of why you do it. The same goes for strategic planning, communication strategies, corporate culture, and so forth.

I suppose the value of asking those questions is to really get back to this one: Are you where you want to be, or at least moving in that direction? If not, set aside some time to think through it, then write it down somewhere. Maybe thoughtfully construct an epitaph for you or your company. Just a thought.